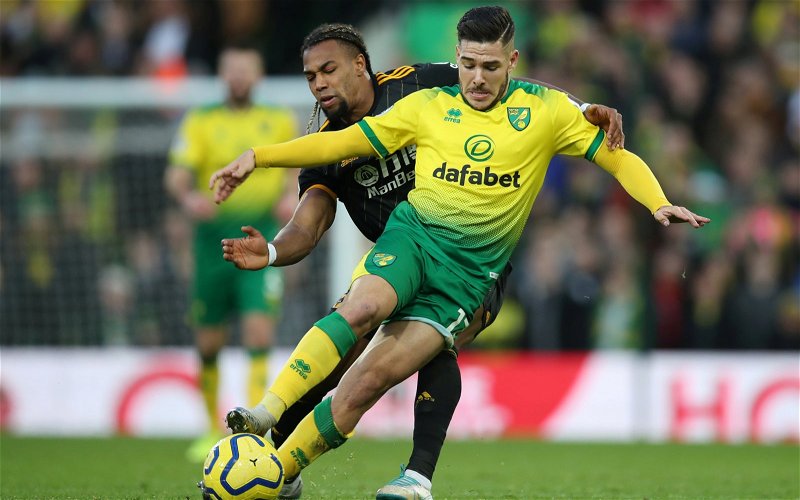 Aston Villa podcaster Andy Bates has been sharing his thoughts on the recent announcement that the Midlands club have agreed a deal with Norwich City over the transfer of Emi Buendia to Villa Park this summer.

This comes after Bates hosted a recent episode of Villa-themed podcast Gather ‘Round the Lamp where he spoke about a range of topics concerning Dean Smith’s side.

On the subject of Villa’s deal with Norwich for Buendia, Bates had this to say on the matter.

He said: “I’m just delighted. I mean, he’s such an exciting player.

“You just watch his highlights package, obviously it’s out of this world. The fact that he’s involved with a relatively average Argentina side, but still has been called up for Argentina after a season in the Championship, I think that’s another big tick.

“I guess we’re all just kind of hoping that he does get to take the field with Jack Grealish and not instead of Jack Grealish.”

Since arriving at Norwich back in the 2018 summer transfer window, the 24-year-old, who is currently valued at £19.8 million, has made 121 appearances for the Canaries in which he has managed to score 24 goals and provide 42 assists along the way (per Transfermarkt).

Given how the Argentine managed to rack up 15 goals and 16 assists throughout the 2020/21 Championship season, ultimately ranking him as WhoScored’s highest-rated player in the league with an overall rating of 7.78/10, it’s understandable why Bates is delighted to see Villa strike a deal with Norwich for Buendia’s services.

Are you happy with Villa's proposed deal for Buendia?

In regards to Bates’ hopes that Jack Grealish will be at Villa long enough to play alongside Buendia for next season, the fact that he has been linked with a move to Manchester City in recent weeks backs up why Bates has some concerns.

In our view, the fact that Grealish still has another four years left on his current contract at Villa should be reassuring to any Villa fans worried that he could leave the club this summer and that the club intends on having both Grealish and Buendia in their squad for next season.

In other news: ‘He’s one that can be got’ – Aston Villa told to sign star who ‘scored more than Grealish’