Watts appeared in the latest video on his YouTube channel and talked about potential incomings and outgoings at Arsenal. One issue that he focused on was Andre Onana and whether he’d move to the Emirates Stadium in the summer.

The journalist touched on the situation surrounding Onana’s doping case, whether his ban could get reduced and how that may impact Arsenal. 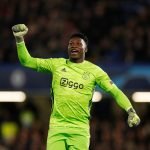 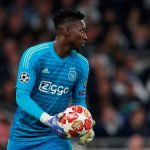 Onana’s ban was appealed earlier this week and the decision about whether his ban will be upheld will be made soon.

Watts stated that the goalkeeper’s camp is hopeful of getting the 12-month ban reduced and that Arsenal have been interested in him before the case.

He stated: “Hearing that the results from that hearing would come back relatively soon. People in Onana’s camp hope it could even be in a week that the verdict is announced, but it could be up to three weeks as well. But Arsenal are interested in Onana, they were interested before the doping ban, they’ve remained interested now.

“The big issue is what happens with his ban. At the moment, it’s 12 months and that runs until February 2022. Obviously, if you’re going to be buying a player and he’s banned till February 2022 – halfway through the season – not really that appealing for a club. So Arsenal are keeping an eye on this one. Onana’s camp are hoping that they would at least get the ban reduced.

“Say it gets reduced to eight months, it would make him available to play again in August, which is obviously not too far away from the start of the season. So that makes it a lot more doable.”

Watts’ comments suggest that Onana’s move to Arsenal and the club’s stance on signing him will depend on how the appeal for the ban goes in the near future.

Considering his experience at a relatively young age, Arsenal should perhaps consider signing him regardless, especially since he could cost as little as £7 million.