Arsenal insider Charles Watts has provided an update on their pursuit of Ajax goalkeeper André Onana.

The Cameroon international, who has won 17 caps for his country, has had his doping ban reduced from 12 months to nine months following an appeal through the Court of Arbitration for Sport.

Arsenal have reportedly been interested in him for some time, even making contact with the player over a potential move, only for financial issues to spoil the proposal and leaving the Gunners to sign Mat Ryan instead.

Speaking on his show, Watts, having previously revealed that he could be available for around £7m, claimed that Arsenal will not be the only ones fighting for his signature, and that there are still a number of factors that need to be worked out before the club decide whether or not they will make a move for him:

“There will be other interested parties, this won’t just be Arsenal, but Arsenal are right at the front of the queue. This is something that’s been talked about and discussed with his representatives for a long time, they’ve been waiting for this result from this hearing before deciding what to do.

“And it’s going to be interesting to see now what they do decide. Do you go for him and accept that he’s not going to play for the first three months of the season? Or do you wait potentially until January when he can come straight back in, but then you sort of weigh that up, it means he won’t be able to train with the squad until signing in January.

“Will he even play for Ajax once he’s available again from November? Potentially not, so he wouldn’t have any game time before that. Personally, I think you just get this deal done now. You’ve got a very good goalkeeper, like I said, available for a fraction of what he’s worth. Get him in and have him available from November onwards.”

Should Arsenal make a move for Onana this summer? 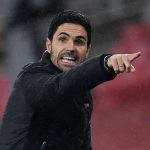 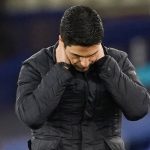 If Arsenal are confident that they can bring him in and that he can make an impact on the team, then it is imperative that they sign him as soon as possible. We’ve already seen this summer that they can be trumped on transfers, with Emiliano Buendía moving to Aston Villa despite the Gunners’ interest.

And if they already have an advantage based on previous interactions with him, then they have to make use of it, even if it means that he has to sit out for a while serving the rest of his ban. If he can make a difference, he’ll get the chance to prove it for the rest of the season once he returns.

In other news: ‘I’m told’ – Journalist shares ‘concern’ about Edu and Arteta at Arsenal