Arsenal insider Charles Watts has given his view on Nabil Fekir joining the Gunners following news about Martin Odegaard.

Speaking in an interview with Norwegian outlet TV2 (via Eurosport), the Norwegian who had spent the latter half of last season at the Emirates, seemed to suggest that his immediate future will be at Real Madrid despite Arsenal’s attempts to bring him back this summer.

That means that Arsenal are going to have to go looking for someone else to try and fill the creative void that they were missing at times last season. And speaking on his show (4:30), Watts seemed to hint that Arsenal could go back in for one of their former targets in the shape of Real Betis midfielder Nabil Fekir:

“Nabil Fekir is a player that they’ve spoken about in the past, they’ve made contact with his representatives in the past, in the near past. But, haven’t firmed anything up with that and haven’t really sort of pushed anything forward since that initial contact to find out what kind of situation Fekir’s is in, so will they turn their attentions back to him again?” 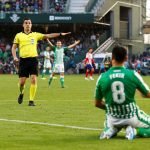 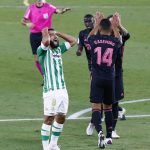 Fekir, valued at £22.5m on Transfermarkt, is certainly someone that could offer something to Arsenal, having scored five goals and chipped in with six assists for Real Betis last season, playing 1.5 key passes per game and completing 85.3% of his passes, that creative flair is certainly there if he can translate it to the Premier League.

And if the Odegaard news, as well as their inability to grab Emi Buendía should serve as any warning for them, it’s that they need to act quickly before it is too late and Fekir is either snapped up by someone else or decides he doesn’t want to move.

If they want him, they need to act fast or risk having another transfer plan blow up in their faces.