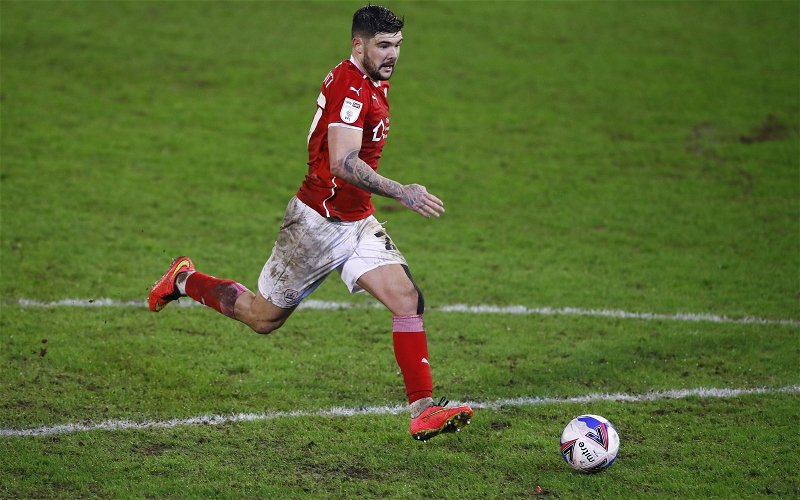 West Bromwich Albion fans on Twitter have been responding to the latest transfer news to emerge concerning the Midlands club.

This comes after West Brom-focused Twitter page @WBAReport shared a post relaying news originally published in an article from The Athletic by Baggies journalist Steve Madeley.

The article claims that new boss Valerien Ismael is “targeting his old Barnsley captain Alex Mowatt as his first signing at The Hawthorns” and that the Baggies are “believed to be the favourites to land his signature”.

This post then gathered a lot of replies from a number of Baggies supporters who were not shy in sharing their thoughts on this latest claim.

So, what did these West Brom fans have to say in response to this latest transfer claim linking the club with a move for Mowatt?

“Would be signing of the summer that.”

“15 goal contributions last year, a captain/leader, and will imbed with the manager it’s a definite yes”

“Excellent. I do hope Val also recognises our weakness in central defence (worst ‘goals against’ by a margin) as a priority!”

Looking at the replies to this post, it seems that these West Brom fans would be very open to seeing Mowatt join their club this summer and follow his former Barnsley manager to The Hawthorns.

Would you be happy if West Brom signed Mowatt this summer?

In our view, with Mowatt ending the 2020/21 season as one of Barnsley’s highest-rated players with an overall rating of 6.93/10 according to WhoScored and with eight goals and seven assists to his name as well, it’s understandable why these Baggies fans would be happy to see him join their squad this summer, having performed well in the second tier.

Also, with Mowatt having played over 200 games in the Championship throughout his career, he certainly has the experience under his belt to help the Baggies play their way through the upcoming season at this level and hopefully get them in a good position to regain their place in the Premier League.

In other news: ‘Let’s hope this is just a rumour’ – Many WBA fans fume as ‘troubling’ transfer news emerges