While Garner was on loan at Forest from Manchester United in the second half of the 2020/21 campaign, the club are reportedly interested in bringing the midfielder back this summer.

Mitten spoke about Garner’s situation when he appeared on the latest episode of the United We Stand podcast. The journalist made a prediction that Garner will move on loan to a Premier League club next season and be given a chance in pre-season at Old Trafford.

Is this a big blow for Forest? 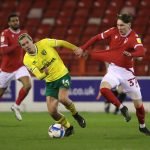 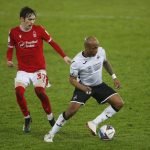 It has been suggested that Forest have already held talks to sign Garner next season. On his future, Mitten said: “James Garner – very good, done well on loan at Forest, not at Watford.

“I’m almost certain he’ll be given a chance pre-season and if I had to predict, I’d say he’ll go on loan to a Premier League team next season and if he can do it there, then great. Things are looking decent or if he shines really strongly in pre-season. But he’s done very well.”

TIF Thoughts on Garner to Forest…

In the 2020/21 campaign, Garner was Forest’s highest-rated player in the Championship as the Englishman scored as many as four goals for the side (as per WhoScored). It shows the impact that he had at the club.

Forest do have a fair amount of options in central midfield, but the fact that Garner added goals from the heart of the park would make him a good addition to a side that scored the joint-second-lowest number of league goals last season.

So missing out on Garner may be a big blow for Forest and they should now look for another midfielder who can score goals if indeed Mitten is right about the midfielder’s immediate future.

In other news: ‘This would be huge’, ‘Oh my’ – Lots of Nottingham Forest fans buzz over ‘fantastic’ claim