Former Norwich City star Jon Newsome believes that Todd Cantwell will be far better prepared for life in the Premier League this time around, after flattering to deceive two seasons ago.

Norwich spent the 2019/20 season in the top-flight but finished rock bottom with just 21 points, 14 points behind 17th-placed Aston Villa. 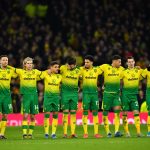 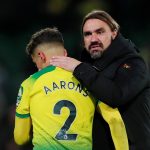 Following their relegation to the Championship, Cantwell remained with Norwich and made 33 second-tier appearances, scoring six times and registering seven assists.

Newsome thinks that Cantwell will be a stronger player as a result of the club’s setbacks and believes he has the tools to make more of an impact in the top-flight next term.

Speaking exclusively to This Is Futbol, when asked about the 23-year-old, Newsome revealed his hope that the entire club will be better for the experience of relegation, along with manager Daniel Farke.

He said: “You’re not only trying to work your way into a first-team and hold down a position, you’re also testing yourself at the highest level so Cantwell will be a far better player this time around because of all the experience that he’s been through.

“Just like the whole of the Norwich squad will be, just like Daniel Farke will be as well. It’ll not be that massive surprise to them now that maybe it was last time.”