Leeds United attacker Tyler Roberts has been sharing some details on the possibility of him signing a new deal at the Yorkshire club.

This comes after Roberts made a guest appearance on a recent edition of The Beautiful Game Podcast, where he discussed a range of topics about himself.

On the subject of a potential new deal at Leeds, Roberts had this to say on the matter.

He said: “I think my agent has had a talk with them about kind of what’s going to happen, the future and stuff, and I think this is one of them where the season is so close to ending, you just stay focused on the last few games and then you sort that then.

“I think it’s all positive and like I said, I do love it at Leeds; the city, the fans, the experiences that I’m getting is great, so I’m happy.”

Leeds signed Roberts back in the 2018 January transfer window from West Bromwich Albion’s U23 side in a deal worth a reported fee of around £2.5m.

Since then, the 22-year-old, who is currently valued at £5.4 million, has gone on to make 82 appearances for Marcelo Bielsa’s team, in which he has scored eight goals and provided nine assists along the way (per Transfermarkt).

Roberts’ current contract at Leeds is set to expire in 2022. 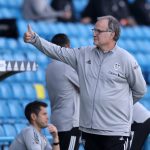 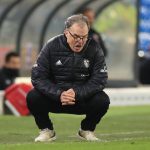 With the Welshman ultimately earning himself an overall season rating of 6.43/10, scoring one goal and providing two assists in the 27 Premier League appearances he made for Leeds this season, making him one of the lowest-rated players in their squad according to WhoScored, we feel that Roberts will have to show he has what it takes to be a significant figure for the team next season before the club decides to offer him a new deal.