Journalist Graham Smyth has recently revealed some information about the situation of Raphinha and his future at Leeds.

Raphinha has recently been linked with a move to Liverpool and links have also emerged with the two Manchester clubs in recent days. The Reds are said to be leading the race for the Brazilian.

Smyth talked about Raphinha’s future when he appeared on the latest episode of the Inside Elland Road podcast. The journalist stated that Liverpool have not been in contact with Leeds for the winger and there isn’t a race for the player right now either. 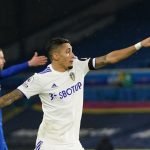 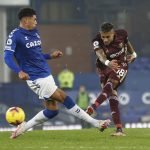 Smyth urged fans to take any news about there being a race for Raphinha with a big pinch of salt too.

He claimed: “What we can say is that as of five minutes ago, Liverpool have not and have never asked about Raphinha’s availability at Leeds.

Considering the links with a move away, this is a fairly critical update for any Leeds hoping to keep hold of the Brazilian winger.

During his time at Rennes, Raphinha had made his wishes clear of playing in the Champions League and he wasn’t happy that he was sold for a lower fee to Leeds.

It suggests that if a chance comes, he might look to leave for a Champions League club in the future. If Leeds want to deny that from happening, they may want to push for the European places soon.

His performances in the 2020/21 campaign were impressive and if he keeps performing at a high level and Leeds don’t get European football, they may lose him.

In other news: ‘Huge if true’ – Lots of Leeds fans react as Raphinha update emerges