Plenty of Leeds United supporters have been talking about a news update regarding Javi Galan that emerged on social media recently.

Spanish outlet Mundo Deportivo has recently reported about Huesca left-back Galan, claiming that Leeds are currently the favourites to sign the player. Atletico Madrid are also reportedly interested in signing the 26-year-old Spaniard and Sevilla also retain an interest in the left-back.

Galan is not Atletico’s only left-back target and the player is taking his time in making a decision about his future, even though there is no doubt that he’ll leave this summer. Galan has a release clause of €4 million (£3.4 million). 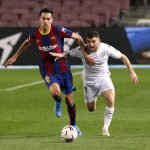 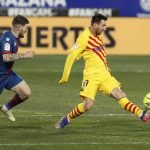 This update was relayed on Twitter by Leeds United News. Many Whites fans made their views clear about the defender.

What did Leeds fans make of the news about Galan?

“Get him signed or don’t report it all.”

“He’s a starter LB, who can adapt to Bielsaball, can have a friend in Llorente. Incredibly cheap, I’d love for this signing”

Galan’s strengths lie in his attacking attributes, as he’s good at crossing and dribbling the ball as well as being a strong tackler (as per WhoScored). According to FBRef, he’s a good presser of the ball, too.

Marcelo Bielsa’s approach at Leeds revolves around high, energetic pressing and playing attacking football. Galan’s strengths suggest that he perhaps has what it takes to play that brand of football, because of his attacking attributes and pressing. So Galan could be a great signing for Leeds, especially considering his reported price tag.