Leeds United fans on Twitter have been responding to the latest transfer claim surrounding the Yorkshire club.

This comes after Leeds journalist Adam Pope shared a post on his Twitter page revealing that newly-promoted Championship club Blackpool want to sign defender Oli Casey on a permanent deal during the upcoming summer transfer window.

Pope also added that Casey “is open to a move to secure more playing time.”

This post then gathered a lot of replies from Leeds fans who were not shy in sharing their thoughts on this latest claim.

So, what did these Leeds fans have to say in response to this latest transfer update about Casey?

“Looks like a very good prospect indeed, but does have a lot of competition at #lufc, not just from the first-team guys but from Cresswell too. Can’t stand in the lad’s way. I’d make sure we have lots of clauses though, including a buy-back option.”

“Decent prospect, but he’s never going to play first team. Now at the age of 20, it seems right that he secures a move to kickstart his career.”

“Would be better for all parties, but not without a hefty sell-on clause in case he turns out to be a star.”

“Like him a lot – having seen all the U23 games last season. 100% commitment lad who is strong and will become a very good player.”

“Take him, would be a good move for the boy…”

“I’d let him go with a sell-on, he ain’t getting anywhere near the first team anytime soon tbh”

Looking at the replies to this post from Pope, it seems that these Leeds fans think Casey is a good prospect but also think a move away from Elland Road to somewhere he would be playing regularly would be the best move for the player and his development. 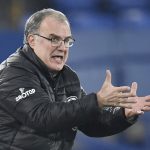 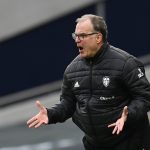 Given how Casey has only managed to make three appearances for Leeds’ senior side and taking into account the number of defenders Marcelo Bielsa currently has in his squad, it’s safe to assume, in our view, that it would be a struggle for Casey to force his way into the Leeds starting XI and become a regular player anytime soon, which would make a potential move away from Elland Road a decent option for the 20-year-old.

In other news: ‘Yesssss’, ‘This is interesting’ – Many Leeds fans react as ‘good news’ emerges