Many Leeds United supporters have been discussing an update about Jean-Kevin Augustin that emerged on social media.

It is stated that Leeds have lost their case and as a result, they could now be forced to pay a fee of €21m (£18.1m) to RB Leipzig. The German club’s Commercial Director feels that an appeal will be coming soon from the Whites, suggesting the chances of that happening are quite high.

Should Leeds appeal this case? 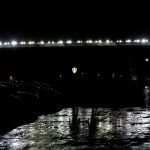 The issue pertains to the dispute around Leeds’ insertion of an obligation-to-buy clause in Augustin’s contract which was applicable if the club had been promoted. Even though they got promoted, the loan deal expired well before the club actually sealed promotion to the Premier League.

This information was relayed on Twitter by BILD RB Leipzig. Many Whites fans made their views clear about this.

“Terrible news, we can contest it can’t we?“

“And there goes a significant portion of our budget.”

“Shocking from us if true – really really poor.”

These Leeds fans seem disappointed by the news update and one fan fears that the fine will take a significant portion of their transfer budget.

Having said that, it might be too early to jump to conclusions as Leeds can still appeal. So perhaps the club’s fans should remain patient and see how the case progresses.

In other news: ‘What we can say is’ – Journalist drops big Raphinha transfer update at Leeds