According to Italian outlet TuttoJuve (via Sportslens), Juventus and Tottenham are two clubs who are interested in signing Phillips following his first taste of top-flight football.

The 25-year-old is currently with the England squad for Euro 2020, a tournament where he has impressed. 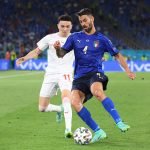 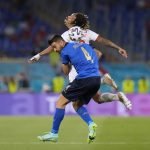 Phillips came in for a lot of praise for his performance in the Three Lions’ opening fixture against Croatia, where he set up the only goal of the game to help his country earn all three points.

It is displays like that that will draw interest from teams such as Tottenham. And despite the mess the north London club have found themselves in this summer, Palmer thinks they would still be an attractive proposition for Phillips.

“If Tottenham come knocking, no disrespect to Leeds United, I think Leeds United are a massive club. I’m a big admirer of Leeds United,” the retired England international said.

At this point, someone moving for Phillips looks inevitable. That does not guarantee that the midfielder will actually leave this summer, though.