Journalist Niall McCaughan has been speaking on the latest episode of the Football Social Daily podcast to discuss all things transfer related ahead of the summer window.

One name which was being mentioned was that of Aston Villa’s Jack Grealish following the agreement to sign Emiliano Buendia from Norwich City.

Will Villa keep Grealish this summer? 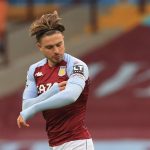 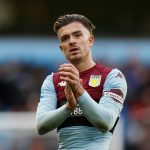 Speculation remains around the future of Grealish, with Pep Guardiola said to be hoping to bring the 25-year-old to Manchester City this summer.

Grealish enjoyed a scintillating 2020/21 Premier League campaign, which saw the midfielder net six goals and provide 12 assists in his 26 appearances (via Transfermarkt).

Discussing what the expected arrival of Buendia will add to Dean Smith’s side, McCaughan spoke of what it could mean for the future of Grealish.

He said: “You know what I do wonder, is whether they’ve signed this kind of attacking midfielder because Jack Grealish is on his way.

“And I know there’s been reports suggesting Villa aren’t selling him, Jack Grealish isn’t for sale.

“I’m still convinced that he’s off to Man City. So I just wonder whether this might just be cover instead? Because do Buendia and Grealish play in the same team?”

Grealish has had a superb 2020/21 campaign for Villa in the Premier League and his numbers were impacted after missing 12 games through injury (via Transfermarkt).

There is therefore little doubting Grealish’s ability, however, is he what City need? With the departure of Sergio Aguero this summer, we feel they have to go all out for a big-money striker signing.

Grealish is valued at £58.5m by Transfermarkt, and given the expected financial struggles across the footballing world, it is hard to see City pulling off signing Grealish and a big-ticket striker – particularly rumoured target Harry Kane.