A lot of Tottenham Hotspur fans have taken to Twitter to voice their thoughts at the latest claim to emerge in their search for a new permanent manager.

The north London club has been without a permanent boss since the sacking of Jose Mourinho in April which brought an end to his 17-month tenure at the club.

Who would you prefer as Spurs manager? 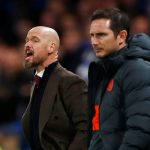 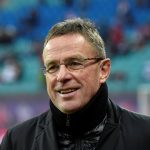 Former midfielder Ryan Mason took over as interim manager but his final game came on Sunday in their season finale against Leicester City. A result that means Tottenham ended their season with a seventh-place finish, enough to earn them a spot in the newly formed Europa Conference League.

According to The Athletic, Erik ten Hag and Ralph Rangnick are currently the two favourites for the job but Spurs are still deciding between the pair.

Spurs fans flocked to a tweet from @HotspurRelated who relayed the claim from The Athletic and it is apparent they were pleased to hear the news.

@HorridHugo
“YESSSSS”
@Apology98873800
“Cmon levy it’s simple, Ten Hag as a Coach and Ragnick as DoF.”
@y_yusrill
“Go get both. Ragnick as DOF and ten Hag as head coach”
@daveraybould
“Get both”
@WillSeagz
“Actually happy bout that”
@RyanPerring
“WE’RE WINNING THE LOT”
@LetSergeCross

Going by the reaction of these Spurs fans it is apparent they would welcome either candidate as manager but would love to see Ten Hag appointed as the manager and Rangnick as director of football.