A lot of Newcastle United fans have taken to Twitter to react to the latest injury news to emerge ahead of their game against Manchester City.

It was announced on the Tyneside club’s Twitter account that striker Callum Wilson will miss their remaining three games of the season as a result of a hamstring injury.

Are you worried by Wilson's injury issues? 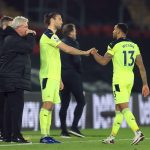 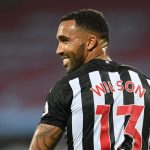 The 29-year-old striker netted twice in their 4-2 victory over Leicester City on Friday to take his tally up to 12 goals in the Premier League for the season (via Transfermarkt). However, his heroics at the King Power Stadium came at a cost as he sustained a hamstring injury in the closing moments of the game.

The Toon Army flocked to the tweet from the official club account to give their thoughts on the news.

“Such a pity as he was playing so well and would have been a contender for the Euros.”

@wasimebrahim
“Rubbish! At least we’re safe. But that’s probably no more points this season.”
@rory0120
“Good job we’re safe lol.”
@danielfairley8
“Gutted for him. Emphasises, once again, how desperate we are for a back-up striker this summer… #NUFC“
@HarryRoySport
“This is a massive worry. We need another striker this summer, we can’t rely on Joelinton and Carroll next season. Surely we could go in for Armstrong?”
@sixhourssouth
“Worrying. A backup striker – even if it’s just on loan – needs added to the shopping list this summer. It’s a good job we pulled our finger out over the last month or so otherwise this injury would have been devastating with Sheff Utd & Fulham round the corner! #NUFC“
@CharIieBennett
“Gutted. Speedy recovery Callum and thank you for your goals and that smile!”
@EdphEllis
Newcastle’s Premier League status was confirmed on Monday night after Sean Dyche’s Burnley sealed Fulham’s relegation with a 2-0 victory at Craven Cottage.

Going by the reaction of these Newcastle fans it is clear they are gutted they will not see Wilson play again this season, however, they are also glad they are now safe from the drop.