The Athletic’s Southampton correspondent, Dan Sheldon, has been speaking on the latest edition of the Total Saints podcast following their victory against Fulham on the weekend.

The Saints ran out 3-1 victors against the relegated Cottagers at St. Mary’s and the win saw them strengthen their 14th spot with Burnley trailing four points behind with two games remaining. 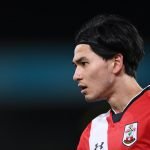 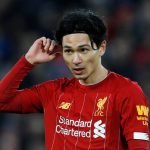 One topic of discussion was the future of their on-loan midfielder from Liverpool, Takumi Minamino.

The Japanese 26-year-old is set to return to Liverpool at the end of the season following his half-season long loan which has seen him make nine league appearances under Ralph Hasenhuttl.

With the long-term future of the midfielder up in the air, Sheldon provided his thoughts on the potential of Southampton signing Minamino on a permanent basis.

He said (17:30): “With all respect to Minamino, I mean, I’m not a professional footballer, but I just don’t understand now what he is doing that Nathan Tella isn’t doing better.

“And I know that there’s a clause of some sort where the more often Minamino plays, the cheaper the fee is, or whatever. But at some point, you have to realise and think okay, well, we’ll pay the extra few quid and develop our own player, because you could just see the difference when Tella came on, and he was just class, he was class.

“I think he’s [Tella] got to start the next game. I mean, he’s got to, I think you could either take out [Nathan] Redmond or Minamino but I’d personally just take out Minamino now.

“Southampton are safe, there’s no need to keep on developing Liverpool’s player unless you’re going to sign him permanently and everything I’ve heard suggests they’re not going to be trying to do that.”

Minamino has had a really difficult time since arriving in England from RB Salzburg in January 2020, having only netted four goals for the Reds in his 31 appearances for the Merseyside club (via Transfermarkt).

To put that into comparison, the 26-year-old netted 64 goals and provided 44 assists for Salzburg in his 199 appearances for the Austrian side (via Transfermarkt), a reflection of how good a player he can be.

However, this does show the midfielder has the potential to succeed in the Premier League but begs the question of whether he has been given a fair shot at it with either Liverpool or Southampton?

In other news: ‘That is a genuine positive’ – Journalist reveals ‘absolutely fantastic’ Saints injury update