Steve Howey has exclusively told This is Futbol that Sunderland would be the biggest club in the Championship.

The Black Cats will be hoping it’s third time lucky in the League One play-offs when they start their campaign later this month, with the possibility of a semi final clash with Portsmouth, who they beat at this stage two years ago, on the cards.

Sunderland were beaten in the final two years ago, whilst their chances of gaining promotion back to the Championship 12 months ago were ended by Covid-19 – with Phil Parkinson’s men sitting eighth prior to the season’s halt.

Are you concerned by Sunderland's current form? 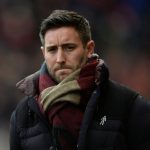 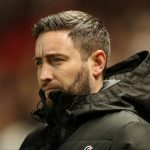 But Lee Johnson is in the dugout this time around, and despite being a former Newcastle United player, Howey has been waxing lyrical over Sunderland.

He believes that their current crop of players are fortunate to be playing for a club of that magnitude, and admitted that should some depart this summer, it would only be a step backwards in terms of stature.

“If I’m being brutally honest, if players left and went to teams in the Championship, they’re not going to a club that are bigger than Sunderland.

“Sunderland is a wonderful, wonderful, club. These lads are lucky to be there. They’ve got to be like ‘wow’. The training ground is an A1 training facility, the ground is fantastic, the pitch is amazing, and you’ve got ridiculous support.”