Tottenham Hotspur journalist Alasdair Gold has been speaking on talkSPORT 2 on Friday to discuss the reports regarding Mauricio Pochettino and a potential return to Spurs.

According to numerous reports, the north London side are believed to be in talks with their former manager over a sensational return this summer.

Will Pochettino be the next Spurs manager? 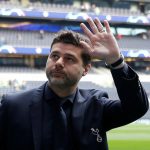 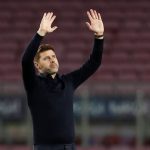 Pochettino was only sacked by Daniel Levy 19 months ago which brought an end to his five-year tenure with the Lilywhites (via Transfermarkt).

The 49-year-old only took the reins at Paris Saint Germain in January of this year and despite finishing second in Ligue 1 to eventual champions Lille it has been reported PSG are unwilling to allow him to leave.

Discussing Pochettino’s future, the Spurs journalist had the following to say on the Argentine’s potential demands ahead of the summer transfer window:

“I think he would certainly ask for those assurances. I’d say there’s probably been a fair bit of change in players since he left.

“Obviously there were a number of signings in the summer before he went, which he probably didn’t get too long to work with. Some of them were out injured like [Giovani] Lo Celso and [Ryan] Sessegnon, players like that. [Tanguy] Ndombele he never saw the best of.

“But yeah, you don’t come back into a club where you were clearly frustrated by how it ended and the transfer policy and the backing and like you say, the painful rebuild that was required. You don’t come back without assurances that that’s going to happen. Yeah, it could be another obstacle.”

TIF Thoughts on a Pochettino return…

Spurs are currently in the process of rebuilding following a hugely underwhelming 2020/21 campaign which saw the Lilywhites finish seventh in the Premier League and still in search of their first trophy in 13 years.

We feel a lot of the issues which were at the club when Pochettino was sacked still remain. The defence is still proving a problem and it could get even worse if Harry Kane is to leave the club.

It feels like Pochettino has a lot to lose in terms of his reputation with the Spurs fans if he was to return and not enjoy the same success as he did in his first stint. However, he has shown in the past he can transform Spurs into a Champions League side.