Pundit Jim Duffy has recently talked about Steve Cook’s links with a move to Celtic.

Duffy appeared on the latest edition of Superscoreboard and the panel talked about numerous issues involving Scottish football and Celtic. One topic of discussion was Scott Brown’s Parkhead exit in the summer and Celtic’s chances of replacing his leadership skills.

This led to Duffy talking about Cook and the fact that he was a leader at Bournemouth, when Eddie Howe was in-charge of the Cherries. 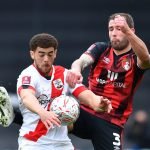 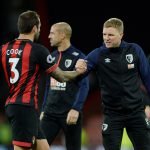 Cook has played as many as 302 games in all competitions under Howe’s tutelage and he captained the side on multiple occasions in that period too.

Howe is reportedly set to join Celtic soon and he’s only putting together his staff for the role at Parkhead.

Duffy believes that the idea of signing Cook might be something that Howe explores when he joins Celtic.

He said (32:34): “The first sort of name you’ve seen mentioned since the Eddie Howe rumours has been Steve Cook, who was Bournemouth’s captain for the last number of years and certainly their leader. So it’s no doubt that if Eddie Howe’s the man to come in, he’ll have a look at that.”

Cook, who is valued at £6.3 million (as per Transfermarkt), has been linked with a move to Celtic in recent months, with reports saying that Howe will target the defender in the summer.

Cook’s current deal at Bournemouth runs out in the summer, which suggests that Celtic would be able to sign him on a free transfer.

While they might need a leader like him because of Brown’s exit, Kristoffer Ajer has been linked with an exit and Shane Duffy has left the club already. That is a sign of the fact that while Celtic may need a leader, they’d also need new centre-backs. So Cook could certainly be a valuable addition to the side.

In other news: ‘His last ever game’ – Many Celtic fans flock to tweet on player ‘ruined by Lennon’