Celtic: Journalist talks about Conor McGregor’s interest in buying shares in the club

Journalist Alison McConnell has recently talked about Conor McGregor’s interest in buying Celtic shares and whether Dermot Desmond would be looking to sell a part of his ownership.

McGregor had recently tweeted about his interest in buying shares in either Celtic or Manchester United, saying that he does hold interest in buying a sports team in the future. He also made it clear that he could potentially do big things for the club that he buys shares in.

McConnell talked about McGregor’s interest in Celtic during her appearance on  PLZ Soccer’s The Football Show and the panel talked about many things involving the Hoops and Scottish football.

Do you think there's any chance of McGregor buying Celtic shares? 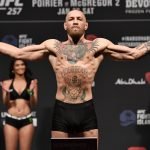 The journalist believes that while it will be interesting to see what happens next, there’s no indication that Dermot Desmond would want to lose any grip over Celtic right now.

She said (20:44): “It’ll be interesting to see what happens next. I think Dermot Desmond is holding tight to the shares that he’s got. I don’t see anyone else being able to assert the level of control that he has at the club, I don’t think there’s any indication that he would be prepared to loosen the grip that he has.”

McGregor has previously hinted at his intentions to buy Manchester United, but nothing of that sort has come to fruition yet.

Protests have been held against Celtic’s ownership and board this season, which clearly shows that fans are disgruntled with those who are running the club.

McGregor, being a rather popular celebrity, can help Celtic’s brand and considering the fans’ general dislike for the current ownership, they might like it if the MMA man does end up having shares in the Parkhead-based club.

In other news: ‘No way’, ‘Worse than Eddie’ – Lots of Celtic fans fume as claim emerges