Many Celtic supporters have been talking about an update involving Luca Connell that emerged on social media.

Ireland Under-21s boss Jim Crawford has recently spoken about Connell’s development and how he has grown at Celtic. He made it clear that because of Celtic, Connell has gone off the radar and that he had a chat with the youngster to tell him that he’s concerned about his development.

Crawford believes that Connell needs to be playing first-team football and if he doesn’t kick on at Celtic next season, he would have to talk to the club about moving. He made a damning criticism of his time at Parkhead too, saying that he has ‘wasted’ two years at the club. 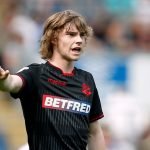 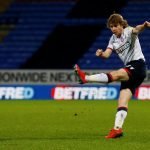 Connell was loaned out to Queen’s Park in March and the youngster played 11 games for them, directly contributing to eight goals.

The update about Connell’s situation was relayed on Twitter by Everything Celtic. Many Hoops fans were fuming about this.

“He has looked the part and yet got nowhere. Shocking imo.“

“Boy caught the eye in the rare friendlies he played in. Disgrace that in a season like we just had he didn’t get a sniff.“

“Yes…young careers are getting ruined and wasted…continually playing the older core of players whether they performed or not (they didn’t) is criminal bad management.”

His spell at Queen’s Park clearly seems to have been pretty impressive and perhaps, that should make him a candidate to get some first-team football next season.

He can play at left-back and in midfield, so with Scott Brown departing the club and Diego Laxalt’s loan spell ending, Connell could yet play a role next season.

In other news: ‘You’re killing me, here’ – Many Celtic fans blast club announcement