Loads of Celtic supporters have been fuming at the latest tweet from the club that was posted on social media.

The official Celtic Twitter account recently posted about Brazilian club Santos, congratulating them for striking a partnership with a common sponsor. They quote-tweeted a post from the Brazilian side, who had stated that both the clubs have something extra in common now because of the sponsorship deal and said that they hope to have as much success as the Bhoys on the pitch. 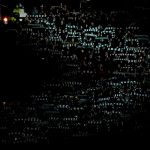 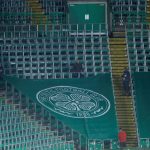 The Hoops’ tweet drew the attention of many of the club’s fans, who were fuming about it and made their views clear regarding that.

“Any chance somebody in that club we support & give our hard-earned money too could let us fans know what the hell is going on & when we can expect a manager! Almost 3 months with no manager is nothing short of a disgrace! We’re not interested in anything else atm! #Disgraceful.”

Santos also posted a tweet including an image of club legend Pele holding up a Celtic jersey. However, many Celtic fans were not in the mood for such announcements.

“This is absolutely rank lads.”

“You’ve actually got to be trolling now man idc.”

A lot of these Celtic fans are angry about the tweet and they’re trying to make sense of the whole situation.

The Bhoys are yet to appoint a manager on a permanent basis, even though the campaign is already over and it’s been many weeks since Neil Lennon left. They’ve failed to win a single trophy in the season, finishing over 20 points behind Rangers. Because of those factors, one can see why Celtic fans are frustrated.