Many Celtic supporters have been talking about Paul John Dykes’ latest tweet that emerged on social media.

Dykes, host of Hoops podcast ‘A Celtic State of Mind’, recently tweeted about Celtic’s managerial chase, saying that he has been in direct contact with the representatives of Mark Hughes and that the Welshman is interested in the Celtic managerial vacancy.

This comes after it was reported that Eddie Howe’s move to Celtic had fallen through after negotiations between both parties broke down. The Hoops confirmed that Howe won’t be the club’s next manager for reasons that are beyond their control.

Do you think Celtic should approach Mark Hughes? 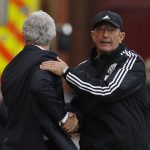 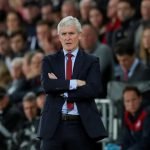 Dykes’ tweet drew the attention of many Celtic fans, who made their views clear about Hughes’ potential appointment.

What did Celtic fans make of the claim about Mark Hughes?

“Don’t be silly we want to do well start of the season and in CL.”

“2 weeks ago absolute no! However, the bar is so low with Ange I would take Hughes or Keane now… maybe that’s what the club wanted all along.“

“No way… put ya book away I don’t wanna hear this nonsense. I’d take Keane and Duff right now.“

“Would rather have the Aussie, hungry & with a point to prove than an outdated, trophy-less end of his career Hughes. The game has changed.“

“Mark Hughes should be nowhere near the Celtic job. The sheer fact you had him on the podcast is clouding the vision. Not a good fit at all.”

“Not for me I’m afraid. Yesterday’s men.“
Credit: @The3rdFrame

Hughes’ last stint as manager came at Southampton, where the ex-Manchester United forward could only muster a points-per-match tally of just 0.96. That stint ended back in late 2018 not long after narrowly escaping relegation.

Therefore, it would be some comeback for Hughes to return to the game at a club like Celtic, not least after nearly three years out of management, which makes the claim he is said to be interested in the role surprising in itself.

He made as many as 30 signings during his time at Stoke, before getting sacked in January 2018. Stoke were relegated in the summer of 2018, some months after Hughes got sacked.

That doesn’t present a promising picture of Hughes’ recent CV and because of that, Celtic should probably avoid hiring him.

In other news: ‘That’d be an insult too far to the Celtic supporters’ – Mark Wilson drops player exit claim