Many Celtic fans have been discussing the club’s links with a move for Roma boss Paulo Fonseca.

Journalist Duncan Castles recently linked Celtic with a move for Fonseca on the latest episode of the Transfer Window podcast (via The Daily Record).

Castles stated that a third party has offered Fonseca to Celtic and Tottenham, as the Portuguese prepares to part ways with Roma at the end of the season, with Jose Mourinho set to take over at the Giallorossi. 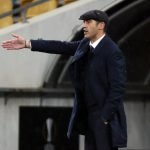 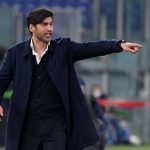 This update was relayed on Facebook by Celtic Insider. Many Hoops fans made their views clear about Fonseca.

What did Celtic fans make of the links with Fonseca?

Fonseca is known to adhere to an attacking brand of football and during his time at Shakhtar Donetsk in Ukraine, the Portuguese manager won multiple trophies.

Fonseca was hired by Roma in the summer of 2019 and in the 2019/20 campaign, he helped the Giallorossi finish fifth in Serie A – eight points behind arch-rivals Lazio. This season, he has taken them to the semi-final of the UEFA Europa League.

These Celtic fans seem very much against the idea of Fonseca manage their club and they’re making their opinion clear about it.

Ex-Bournemouth manager Eddie Howe is said to be closing in a move to Parkhead already and the Englishman is said to be putting together his staff for his Celtic switch.

So perhaps, fans should not be too distracted by the rumours surrounding Fonseca as the signs on the Howe front seem positive.

In other news: ‘Apparently’ – Journalist drops big claim on Edouard at Celtic