Turnbull was one of the main topics of discussion on the latest edition of the Go Radio Football Show podcast and Provan talked about how Neil Lennon convinced the Scotsman for a Parkhead move.

Provan said that Lennon promised Turnbull about a move to Parkhead, even when the midfielder got injured. He compared this treatment to how Ferguson assured Ruud van Nistelrooy about a move to Old Trafford many years ago.

Do you think Lennon played a key role in bringing Turnbull to Celtic? 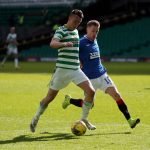 Turnbull was set to move to Parkhead in the summer of 2019 itself, but his Celtic medical revealed a knee injury as a result of which the move fell through.

Because of the injury, Turnbull remained out of action at Motherwell for many months, before returning at the end of the previous campaign.

Provan compared Lennon’s act to that of Sir Alex and said (1:28:28): “I’ve no doubt though, that Neil Lennon was very supportive. I know he was still a Motherwell player after the deal fell through.

“But I’ve no doubt that Neil Lennon promised him – a bit like Alex Ferguson and Ruud van Nistelrooy when Van Nistelrooy was going to Man Utd and got the cruciate and Fergie flew to Holland to see Van Nistelrooy just to say to him – ‘look, we’re still going to take you, get yourself fit’. I’m pretty sure Neil Lennon did the same thing with David Turnbull.”

While Turnbull did indeed join Celtic last summer, he ended up impressing a fair bit during Lennon’s stay at Parkhead.

He played 23 times under Lennon and contributed to as many as 12 goals too, which shows that he did make an impact. He has done pretty well in the whole campaign in general, earning himself a nomination for the SFWA Young Player of the Year accolade.

So even though Lennon did end up leaving Celtic, perhaps he should be credited for bringing Turnbull to Parkhead.

In other news: ‘What’s this?’, ‘More lies’ – Lots of Celtic fans react as rumour emerges