Dalziel appeared on the latest episode of the Clyde Superscoreboard and talked about numerous issues involving Scottish football and Celtic themselves.

On the subject of Kennedy, Dalziel made it clear that he knows the Scotsman well and he’s never heard a bad word about his coaching. He said that he’d love to see Kennedy get an opportunity to manage another club so that he can get some experience under his belt.

Is Kennedy good enough to manage a Premiership club? 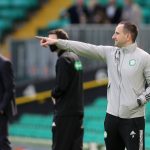 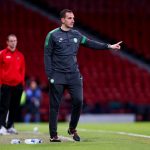 During his stint as the interim manager at the club, Kennedy managed 10 games and he picked up a points-per-match tally of 1.60. The Bhoys are looking to hire Eddie Howe as their next permanent manager.

Dalziel believes that Kennedy has some great ideas as a manager, and if he goes elsewhere and becomes successful, he’ll have more experience for the role should the chance to manage Celtic reappear.

He stated: “I don’t think John will be the main man. The only thing is, is John going to be part of the coaching staff? I think that’s a big question mark. Personally, I know John very well. I’ve got a lot of time for John Kennedy. I’ve never heard a bad word spoken about him as a coach. Everything’s very positive.

“I’d love to see John Kennedy getting an opportunity to go away from Celtic and go and manage another club and get a fresh start and put his ideas [across], because he must have some experience learning off of guys like Brendan Rodgers – he’s worked under Neil Lennon and Ronny Deila, for instance. He’s worked under some good people at Celtic Park. And as I say, no better than Brendan Rodgers. So he must have some great ideas, there.

“And I would like to see John going and getting an opportunity elsewhere. And if years later on, he happens to be successful, an opportunity comes up again, at least you’ll have that experience under his belt.”

The fact that Kennedy now has the experience of managing Celtic under his belt could be important for his career, especially since Hibernian did want him as manager at one point. It shows that he is rated by people in Scotland.

While potentially incoming manager Eddie Howe has reportedly agreed to keep Kennedy as part of his coaching staff, the Scotsman has already undertaken various roles at the club over the years. So it might be time for him to take on a new challenge soon.

In other news: ‘You’re killing me, here’ – Many Celtic fans blast club announcement