Journalist Liam Keen doesn’t think that Wolves midfielder Vitinha has done enough to warrant Wolves signing him on a permanent deal this summer.

Even if they do decide to sign him, Keen believes they shouldn’t be paying full-price to bring him back to Molineux.

The Portuguese midfielder signed for Wolves last summer on loan, but hasn’t had the most productive season, only registering one goal and one assist in all competitions, as well as being trusted with just eight starts in the process.

The club do have an option to make the deal permanent for a reported £18m, but speaking on the E&S Wolves podcast, Keen felt the club shouldn’t be looking to make the move permanent for that amount of money, but it might be worth pursuing if they can negotiate a financially better deal:

“For that fixed price, I don’t think you can justify it, I think – whether you, as I say, split it up over a certain amount of years, or pay a small amount upfront etc or get him on loan again.

“There is potential there with him, for sure. But it’s not enough to justify that price on its own and also justify it over other positions that are, for me, a priority.” 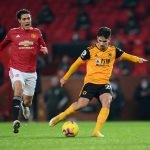 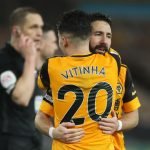 Keen is certainly taking a measured approach when it comes to this potential signing, and you can certainly see the logic behind it. With Wolves not being in a great position financially, to fork that sort of money out on someone based on what little they’ve produced this season would be a major risk.

But the fact that Nuno Espirito Santo has started to trust him more, starting him in three of the last four games indicates that there might be some sort of future for him at the club, perhaps based on what he has done in training – although things may be different now the manager’s own future at the club has been determined.

Either way, if the club think he has a future, especially considering he’s only 21, it may not be the worst thing to try and extend his stay, but perhaps not for the price that is currently on the table.