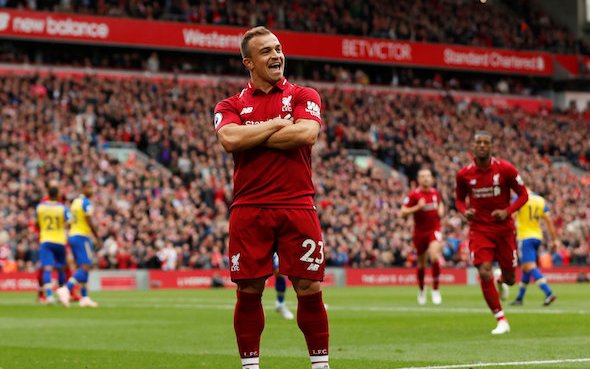 In an exclusive interview with This is Futbol, Steve Bull, who made 561 appearances for Wolves, has claimed that Xherdan Shaqiri would be a great signing for his former club with the Switzerland international set on leaving Liverpool this summer.

The winger joined the Reds from Stoke City following their relegation in 2018, but he has never been able to nail down a regular spot in Jurgen Klopp’s starting line-up and has only played 90 minutes once in the league this season. 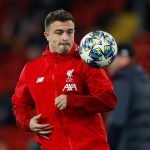 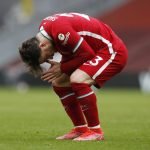 Shaqiri has been handed just five starts in the Premier League this campaign and a measly 21 appearances in all competitions despite Liverpool struggling for goals often during the 2020/21 term.

Speaking on why he would like to see Wolves sign Shaqiri and if he would be able to fit straight into Nuno Espirito Santo’s team, Bull exclusively told This is Futbol:

“Shaqiri is similar to Neto, Podence and Traore so he could actually fit in and I wouldn’t rule that out at all.

“He’s that type of player who is busy, small, light on his feet and a dead ball specialist, so I wouldn’t rule that out and I think he would be a good addition to our side.”

The £80,000 per week winger has had an interesting career as he has played for Inter Milan, Bayern Munich, Stoke City and Liverpool while never being a regular for any of his sides except for the Potters.

Nuno will be looking to add some more quality into the final third at Molineux next season as they have managed to score just 35 goals in the Premier League.