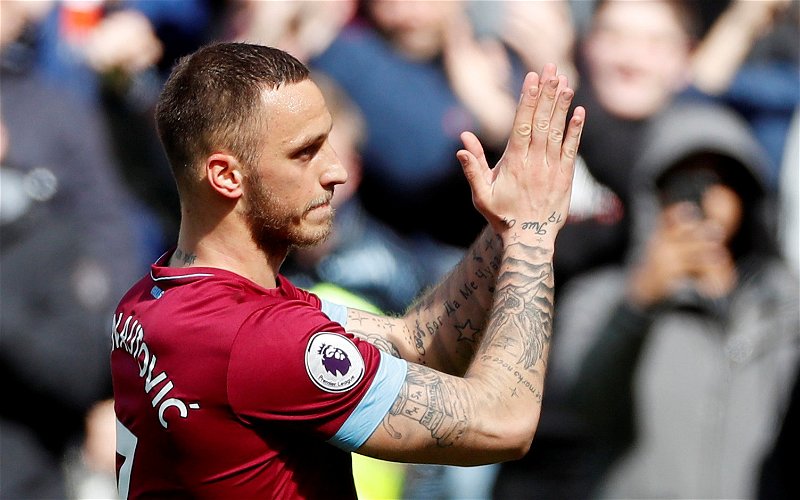 West Ham United insider ExWHUEmployee has been speaking on the latest edition of The West Ham Way podcast about all things relating to the Hammers.

One of the topics that he spent a little bit of time on was transfers, and he revealed that the club are interested in bringing Marko Arnautovic back to the club.

The Austrian star made 65 appearances for the Hammers, scoring 22 goals and providing 12 assists.

However, he left on bad terms after forcing a move to China.

It appears he wants to come back, but although the club also want him to return, David Moyes is thought to be currently unconvinced.

Ex said: “I do believe that there is serious interest in bringing Arnie back to the club.

“I have heard that Arnautovic is prepared to take a reduction in his wages to come back. He does want to come back to the club. Apparently, Moyes is undecided at this point.”

Do you want Arnautovic back?

No, he is a traitor

Yes, he would be a solid addition

Given the way the former Stoke City man left the London Stadium, you could argue that bringing him back might divide the club’s fanbase.

However, while he was playing for the Hammers, he proved to be a good player and did score a decent amount of goals for the club.

The fact he will apparently be available on a free transfer could also appeal to the Hammers, but we think the critical thing here is that Moyes is unsure.

Surely, if the Scotsman doesn’t want him or isn’t convinced he wants him, then West Ham can bring in someone else. They may look to bring in someone younger. Either way, though, Arnautovic could be one to keep an eye on in the summer.