Pundit would be surprised to see Moyes leave | thisisfutbol.com

Former Premier League midfielder Carlton Palmer has told This Is Futbol in an exclusive interview that he would be surprised to see David Moyes leave West Ham this summer.

Moyes’ contract is up at the end of the season and, according to the MailOnline, West Ham have put talks over a new deal on hold due to the club’s finances continuing to be hit by the pandemic.

The Scotsman has overseen a brilliant campaign at the London Stadium this term, with the Hammers having spent the whole campaign competing for European football under their manager.

Would you take Arnautovic back at West Ham? 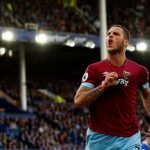 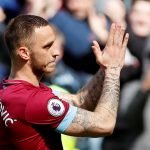 Considering that, West Ham will surely not want to lose Moyes, a development Palmer cannot see happening despite his current contract situation.

“There’s no doubt in my mind that David Moyes will be manager.

“David Moyes is a loyal person and they’ve given him his redemption going back to West Ham, so unless they don’t give him a budget that he can work with and whatever, I’d be very surprised if David Moyes leaves West Ham.”

Finances certainly do look to be an issue at the club right now.

The MailOnline’s update on Moyes’ contract comes after the former Manchester United boss admitted that his current employers would not be able to pay the £40m fee Chelsea are reportedly demanding for Tammy Abraham.