Exclusive: Dean Windass thinks Christian Benteke would be a addition for West Ham

Dean Windass has exclusively told This is Futbol that Christian Benteke would suit West Ham’s style of play, but fears David Moyes might be in the market for a more youthful striker.

With the Hammers on the verge of qualifying for Europe for the first time in five years, they’re going to need another frontman to help the workload on the injury-prone Michail Antonio next season. 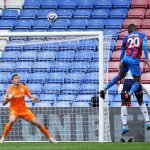 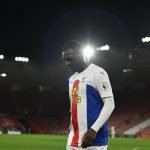 West Ham have been short of numbers up front following the January departure of record-signing Sebastian Haller, with Jared Bowen even forced to play in the number nine role when Antonio was out injured.

Meanwhile, Benteke could be available on a free transfer from London rivals Crystal Palace, with his current deal expiring at the end of the season.

And whilst Palace might now decide to keep him following his recent resurgance in front of goal, Windass believes that the Hammers would be an ideal fit for the £120,000-per-week striker.

Benteke’s impressive recent form means that he’s now scored more goals this season (9) in the Premier League than in the previous three combined (6).

Windass told This is Futbol:

“The style of play that they play – with the two quick wide men, with Jarrod Bowen. The one thing about Benteke is that he’s been around the Premier League a long time.

“He’s not a natural goalscorer, but he’s a fit for West Ham the way that they play, but Moyesy will be going down the younger road.”