Alasdair Gold has been speaking on a Facebook Live video for Football.london to discuss all things related to Tottenham Hotspur ahead of the summer transfer window.

One major talking point was the reports to emerge surrounding the potential return of former Spurs manager Mauricio Pochettino this summer.

Do you think Pochettino will be the next manager? 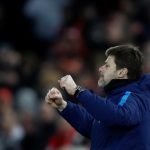 It is believed the north London club have made contact with their former Argentine boss who was sacked in November 2019 and has since taken the reins at Paris Saint-Germain (via Transfermarkt).

It has also been reported that the Ligue 1 side do not have any intention of allowing Pochettino to leave this summer having only taken charge of the club earlier this year.

However, Gold was keen to point out that the European powerhouse could be tempted into allowing Pochettino to leave given the recent departures of Antonio Conte and Zinedine Zidane from their respected clubs.

He said: “I don’t probably know too much about PSG fans’ feelings right now. But I’d imagine having been used to winning the league almost constantly, they’re probably not going to be absolutely ecstatic that they didn’t win it this year when it’s something that PSG are kind of expected to win.

“And obviously, there’s a lot of big names now on the managerial market as well, which could tempt the owner of PSG.

“But ultimately, the noises coming out of PSG right now are very clear. He’s not going anywhere, which may well be their stance, it may well be a negotiating stance.”

Pochettino was appointed as the PSG manager back in January, however, he was only given the job on an 18-month contract which could suggest he was only viewed as a stop-gap replacement for Thomas Tuchel.

With Conte and Zidane now on the market, we think this could potentially tempt PSG into allowing Pochettino to return to north London with two huge names to now choose from as possible replacements.

Adding to that, Pochettino now only has one year remaining on his contract, which could leave him out of a job again and given he has stated his wish to manage Spurs again, he may view Spurs are a more secure future.