On his latest YouTube video, Tottenham Hotspur-oriented journalist Alasdair Gold has been discussing all things related to the Lilywhites after their victory against Wolves on Sunday.

Spurs remain without a permanent manager following the sacking of their former boss, Jose Mourinho.

Would you welcome Hansi Flick as the new manager? 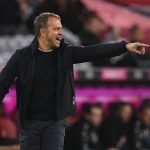 Former Spurs midfielder Ryan Mason has taken interim charge of the north London side until the end of the 2020/21 campaign.

One name which has been linked is the current Bayern Munich manager Hansi Flick, with his time at the Bundesliga champions coming to an end as Julian Nagelsmann is to take over ahead of next season.

Reports have suggested Flick is in line to take over the German national side with Joachim Löw stepping down after this summer’s European Championships.

Discussing the 56-year-old as a potential option for Tottenham this summer, Gold had the following to say:

“Hansi Flick, I’ve seen linked. From everything I’m told, his move to be the new Germany manager is done. It is just essentially just set to be announced, and that he’s not one that’s actually in contention for the Tottenham job because of that.

“Also, on a personal level, I think he was fantastic with Bayern – I maybe, if I was a prospective employer, would possibly look at whether he can do it outside the ‘Bayern bubble’? You know, he hadn’t actually been a manager for something like maybe 14, 15 years before that.”

TIF Thoughts on Flick as a candidate…

There is no doubting Flick’s success at Bayern Munich over his 17-month stint with the Bundesliga giants. However, would he be able to translate that success into an underperforming Tottenham side?

Gold seems to be pretty convinced his future is now tied up with the German national side, anyway.

However, with Harry Kane’s future in doubt with the north London side, it would also beg the question of whether Flick would see Spurs as an attractive project to take over if the club was to lose their star player.

In other news: ‘Would go down like a lead balloon’ – Gold drops claim on potential ‘shocker’ Spurs appointment