A lot of Tottenham Hotspur fans have taken to Twitter to voice their thoughts on the latest news to emerge regarding Heung-min Son’s future in north London.

According to journalist Alasdair Gold, Son is expected to put ink to paper on a new deal this summer to extend his stand at Spurs. 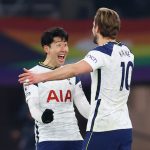 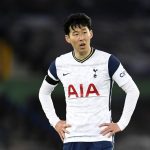 The South Korean joined Tottenham back in 2015 from Bundesliga side Bayer Leverkusen for a fee believed to be worth in the region of £22m.

Since signing for the north London club, Son has racked up 280 appearances for the Lilyhwites and netted on 107 occasions (via Transfermarkt).

The 28-year-old still has two years remaining on his deal with Spurs, however, reports have suggested Daniel Levy is hoping to tie Son down to an extended deal.

Spurs fans flocked to a tweet from The Spurs Express relaying the claim from journalist Alasdair Gold and it is clear they were delighted with the news.

“How have we fluked this”

@maxspurslord1
“Finally some good news”
@SCooper9
“Let’s goooo”
@musa_v2
“All I needed to hear”
@KINGKANE_
“Great news but he needs a manager.”
@jamesmurphy0100
“Poch is coming back then”
@shirleymillr63

Son had an excellent 2020/21 season with the Lilywhites in the Premier League which saw the South Korean return 17 goals and 10 assists in his 37 appearances (via Transfermarkt).

Going by the reaction of these Spurs fans it is apparent they are buzzing to hear this news amid the speculation surrounding  Harry Kane’s future in north London.