Tottenham Hotspur fans on Twitter have been sharing their responses to this latest transfer news concerning the north London club.

The article revealed that sources have told ESPN that Chelsea are willing to offer several different players, including Tammy Abraham and Kepa Arrizabalaga, in a player-plus-cash offer for Harry Kane but fear Tottenham will not do business with them this summer.

This post then gathered a lot of replies from Tottenham supporters who were not shy in sharing their thoughts on this latest update.

So, what did these Spurs fans have to say in response to this latest transfer claim about Kane and Chelsea?

“You are having a laugh”

“If this was even remotely true, this would be the most pathetic and embarrassing attempt at a transfer I have ever and will ever see.”

“Essentially two bench players for them. What an insult”

“This cannot be serious”

“They are funny people tbh”

“If this was even remotely true, this would be the most pathetic and embarrassing attempt at a transfer I have ever and will ever see.”

Looking at the replies to this post from this group of Tottenham fans, it’s easy to see that they are not particularly impressed by this reported potential offer from Chelsea for Kane, either on selling him to their London rivals or getting the two named players as part of the proposed deal.

Would you be disappointed if Kane went to Chelsea? 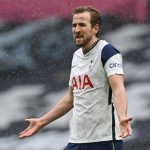 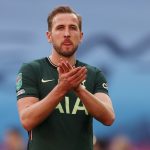 Given how far Spurs are behind Chelsea in the Premier League table at this point in the season it’s easy to see why these Spurs fans wouldn’t want to see their club sell their top scorer this season to the west London club and continue his career with them, which is fair enough, in our view.

In other news: ‘Finally someone to replace Dier’, ‘Huge upgrade’ – Many Spurs fans buzzing over transfer claim