Tottenham Hotspur fans have been reacting to claims by Alasdair Gold about the future of Serge Aurier and Moussa Sissoko ahead of the transfer window.

Speaking on his latest YouTube video, Gold provided an update on a number of players who were missing from their final game of the season against Leicester City – Aurier, Sissoko, Tanguy Ndombele and Giovani Lo Celso – and why they were out, with illnesses and injuries mentioned.

However, he didn’t sound too convinced by those reasons, and went on to say that he felt ‘a couple of those quartet’ would be gone by the start of next season and seemed to lean heavily on the idea that it would be Aurier and Sissoko.

His comments were relayed to fans via @TheSpursExpress, where there seemed to be a whole host of fans that were happy at the prospect of seeing them leave north London in the summer:

“That’s made my day”

@OliverJR1998
“Music to my ears”
@BrendanMurray12
“Thank you. Goodbye. All the best.”
@Del69El
“Good start to clearing out deadwood but we need more”
@Celticspain17
“YESSS”
@kanefromthelane
“This makes beautiful reading”
@Gardner2Lee 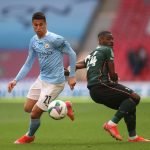 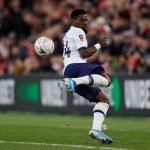 There is certainly set to be some big changes in the summer with a new manager coming in, the question is whether these two end up heading in the opposite direction.