Tottenham Hotspur fans have been reacting to news regarding Gareth Bale and his future at the club.

The 31-year-old has had what would certainly qualify as an interesting campaign to say the least; struggling to break into the team with fitness issues, firing in plenty of goals once he was back and trying to work out what his future holds beyond the summer.

He certainly appears to have left Tottenham happy with his displays, as the club are reportedly interested in bringing him back for another year. And that feeling appears to be reciprocated by the Welshman with Sky Sports reporting that he is happier under the new regime and looks likely to stay beyond the summer.

This news was relayed to fans via @HotspurRelated on social media, where there were plenty of fans delighted to hear the news: 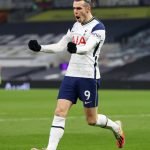 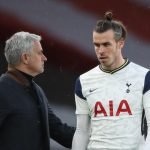 The question now is if indeed the deal does end up going through, just what sort of numbers he’ll be able to put up next season once he’s fully fit and raring to go.

In other news: ‘This is encouraging’, ‘Got something special’ – Many Spurs fans buzzing as footage emerges