Lots of Spurs fans have been talking about a news update involving Serge Aurier that emerged on social media.

Outlet SoccerLink have recently reported about Aurier, saying that Paris Saint-Germain president Nasser Al-Khelaifi has reached an agreement for the signature of the Spurs right-back. The president has been personally involved to get the deal done and he’s made it clear to the player that he’ll do everything to sign him from Tottenham.

Is Aurier finished at Spurs? 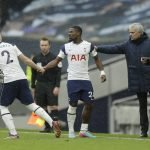 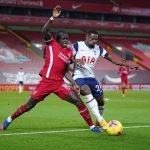 It was recently stated that Mauricio Pochettino remains unconvinced about signing the right-back, even though his club is said to be in talks over a move for the Ivorian. Monaco and Bayer Leverkusen have previously been interested in the defender too.

This update was relayed on Twitter by Last Word on Spurs. Many Tottenham fans made their views clear about the player.

What did Spurs fans make of the news about Aurier?

“If this is true, levy needs to milk it and get as much as he can.”

“Finally, some positive news at Tottenham. (If true of course)”

“Please God.”
Credit: @jags1882
“From where you guys get all these news, you guys think PSG owner will talk to Serge Aurier LOL. If Poch wants to talk to him he should be obliged…“
Credit: @Piyush10jan
“To make sure this happens I’ll put the opposing goal in Paris and our goal in Spurs. That way he’ll never run back.“

“Can he buy the club first.”

Aurier has made only 19 Premier League appearances for Spurs, scoring twice and picking up three assists. He has been in and out of the team multiple times, even though he’s not been injured all the time (as per Transfermarkt).

While the 28-year-old has had some good games this season, he’s picked up poor ratings in some other games too. Because of this inconsistency, perhaps Spurs should look to part ways with him and sign someone who’s more consistent.