Lots of Tottenham fans have been fuming at a managerial news that emerged on social media.

The journalist stated that while Gattuso will leave Napoli at the end of the campaign, Lazio and Juventus are also looking at the ex-Milan boss. Venerato also stated that even Tottenham have the Italian on their list of potential candidates to become the next manager.

Should Spurs consider Gattuso as an option? 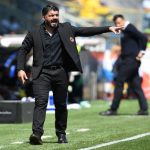 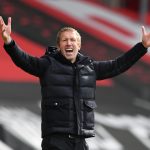 Venerato stated that Spurs have been talking to Conte for a month now but they also like Gattuso, with Daniel Levy having watched the Partenopei and Gattuso closely. The Spurs CEO was left impressed by it.

This update about Gattuso was relayed on Twitter by The Spurs Web. Many Tottenham fans were left fuming by it.

What did Spurs fans make of these Gattuso links?

“I like Gattuso as a gutsy midfielder but has failed as a manager everywhere he’s been. If we’re failing with ‘top’ managers I feared what will happen with a poor manager!!“

“You must be kidding me”

“This might be the worst of all candidates so far!“

“At this stage I think Ted Lasso is on Levy’s shortlist. And even he’d turn us down.“

“Who makes up these lies.”

While Gattuso has managed prominent clubs like Napoli and Milan, the ex-Palermo boss doesn’t have too much experience of managing in the Champions League.

Spurs are said to be looking for a manager who is young and professes a progressive brand of football. Gattuso happens to be a manager who is said to have to technical limitations but he looks to overcome that with tactical nous.

Another potential candidate in Graham Potter is young and professes an attacking brand of football. So the Englishman might a better option for Spurs.

In other news: ‘Getting there’, ‘Awesome news’ – Lots of Spurs fans react as manager development emerges