Son Heung-min could follow Harry Kane out of Tottenham this summer, that is according to former Aston Villa midfielder Lee Hendrie.

Kane continues to be linked with a move away from the north London club and The Independent recently reported that those in the game believe a deal could be done at £150m.

However, since then, the same outlet have gone on to report that Daniel Levy is actually more likely to ask for a fee closer to £200m in a twist that could complicate this saga further.

Would you take DCL as a Kane replacement?

Could do a lot worse! 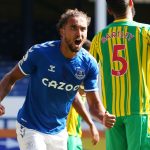 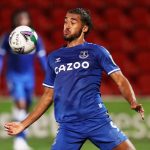 At that kind of money, it is difficult to see Kane leaving this summer. But if he does end up going, Hendrie thinks it could have ramifications on the futures of other players at the club, such as Son.

Speaking exclusively to TIF about the two Spurs attackers, the ex-Villa star said:

“If I’m being totally honest with you, if Harry Kane goes from Spurs, where are Spurs going? I think Spurs are going backwards and that’s my personal view on things.

“I just feel that if they’re going to sell Harry Kane, I’d be surprised if even Son stayed there.”

Football Insider reported at the end of March that Bayern Munich are interested in Son, so perhaps a team like the German giants really could try and test the waters with a bid for the South Korea international this summer amid the turmoil at Spurs right now.