A lot of Tottenham Hotspur fans have flocked to a post from Hotspur Related, which has relayed news from Forza Roma (via TEAMtalk) regarding Eric Dier.

They claim that Jose Mourinho will look to raid Tottenham to sign the England international, and he is a top target, and negotiations have already begun.

This drew the attention of these Spurs fans who are hoping to see Mourinho come in and take Dier.

“I will drive him there for that price.”

Do you think that Dier could go to Roma?

Yes, I don't see why not 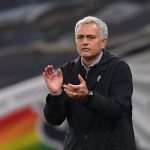 No, Mourinho won't want him 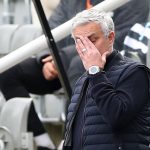 While Mourinho was Tottenham’s manager, the 27-year-old played in 57 of his 86 matches as Spurs boss, which is a decent number.

This post continued to draw in Tottenham fans who all had their say.

“Mourinho lost the plot by the sounds of it”

It is very clear that many Tottenham fans would be delighted to see Mourinho come in and take Dier to Italy with him.

Certainly, it will be intriguing to see what happens in the summer with Dier, and we wouldn’t rule him out ending up at Roma with his old boss.

In other news: ‘We have issues’, ‘I hate this club’ – Many Spurs fans flock to Gold’s manager update