Tottenham Hotspur fans on Twitter have been responding to the latest piece of news concerning the north London club.

This comes after Spurs journalist Alasdair Gold shared a post on his official Twitter account revealing that there has been a departure from the board at Tottenham.

In his post, Gold included an article from Football.London that revealed that Ron Robson, one of the directors at the north London club, has left his position.

This post then gathered a lot of replies from Spurs fans who were not shy in sharing their responses to this latest update.

So, what did these Spurs fans have to say in response to this latest club news from Gold?

“Not the one we’re all interested in stepping down #LevyOut“

“One down many more to go”

Looking at the replies to this post, it seems that these Spurs fans are not too concerned by Robson’s departure from the club and are seemingly more interested in seeing other members of the board leave instead, such as Daniel Levy.

Given how there have been recent protests from fans at the Tottenham Hotspur Stadium against Levy and the rest of the club’s ownership, it’s easy to see why they have been once again calling for them to step down from the board in Gold’s latest Twitter post.

Do you think Levy will step down? 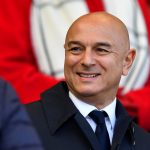 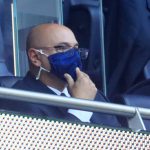 However, with it being recently reported in The Athletic that there is currently no prospect of Levy stepping down from his position anytime soon, these Spurs fans may have to get used to the idea of him remaining at the club.

In other news: ‘From what I understand’ – Alasdair Gold drops big update on boss in Spurs managerial hunt