A lot of Tottenham Hotspur fans have taken to Twitter to vent their anger at the latest claim to emerge in their search for a new permanent manager.

Spurs have been without a permanent manager since last month when Daniel Levy sacked their former boss Jose Mourinho.

In the absence of the 58-year-old Portuguese manager, former Spurs midfielder Ryan Mason has taken interim charge until the end of the season.

And according to The Athletic (via The View from The Lane podcast), the north London club are expected to announce their new manager at the end of May or the beginning of June.

Journalist Jack Pitt-Brooke said: “Steve Hitchen is drawing up a three, four, maximum of five-man shortlist and then they will move on to interviews.

“I would expect the announcement in late May or early June.”

Spurs fans flocked to the tweet from Daily Hotspur relaying the claim with many left fuming at Steve Hitchen’s involvement in the process.

“WHY IS HE DRAWING UP A LIST, HE IS A CLOWN”

@david_bilsby
“We are going to struggle for a few years. The future is not very bright.”
@Ryan___THFC
“The fact that Hitchin is in control of this is a massive problem”
@NickoWhite98
“Its comical. Just do me a favour and step away”
@Janemcd17
“God help us then”
@georgehawkins__
“We’re doomed”
@TomKey85
“I can’t stand this bloke”
@HBarnard96
Spurs currently sit in seventh position of the Premier League table but could slump down to eighth place if Everton are able to beat Aston Villa on Thursday night. 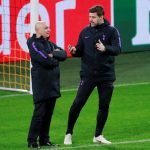 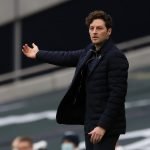 Going by the reaction of these Spurs fans it is apparent they are far from impressed by Hitchen being given the responsibility of coming up with the shortlist of potential candidates to take the reins at the north London club on a permanent basis.

In other news: ‘Levy is just having us on now surely?’ – Many Spurs fans fume over big development