Southampton journalist Dan Sheldon has been speaking on the latest edition of the Total Saints podcast to discuss all things related to the south coast side.

Earlier this month it was announced that Southampton veteran Ryan Bertrand will be leaving the club at the end of the season.

Are you sad to see Bertrand leave this summer? 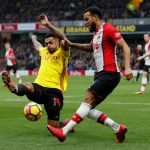 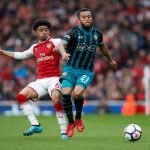 The 31-year-old has made an impressive 240 appearances for the Saints since signing for the south coast side in 2015 from Chelsea in a deal worth just under £12m.

However, attention was drawn to the left-back’s announcement, which he released regarding his imminent departure with some noticing he had not thanked the current Saints boss, Ralph Hasenhuttl.

Discussing the matter, Sheldon had the following to say on the digging he did to find out more after noticing Hasenhuttl hadn’t been mentioned:

“So I made a phone call to someone I know and who knows Bertrand very well and gauged what the kind of reasoning on that was.

“And the way it was put to me was that if you name Ralph, you have to name Mark Hughes, Claude Puel, [Mauricio] Pellegrino, [Ronald] Koeman, Kelvin Davis, and to be fair, he didn’t mention any players, either. He didn’t mention any and he’s close to a lot of those players in that dressing room. Very good friends with Nathan Redmond. There was no mention of him.

“And I think the interesting part I guess, with Martin [Semmens] and Matt [Crocker] being mentioned, and maybe not Ralph is at the end of that statement there was the line at the end wasn’t there, that he hopes to one day return.”

Having made so many appearances for the Saints, it is unlikely any fans will blame him for taking the opportunity to explore his options at another club with his contract expiring at the end of the current season.

There have been reports suggesting Manchester City and Arsenal are two of the clubs potentially interested in making a move for Bertrand this summer.

If this is the case and he does land a move at a side playing European football then you cannot blame him for leaving – even if he is signed as a backup left-back.