Pundit Steve Howey has recently made a big claim about Danny Ings and his fitness at Southampton.

Ings had scored Southampton’s goal against Tottenham, but he was later injured and had to be taken off by Ralph Hasenhuttl. As a result, he failed to feature for the club in their 1-1 draw against Leicester.

Howey talked to Football Fan Cast about the striker’s fitness and he believes that Ings’ injury issues are holding him back from moving to a top club. The ex-Southampton man went on to praise the former Liverpool star’s mental strength to come back from these injuries.

Do you think Ings is let down by his fitness? 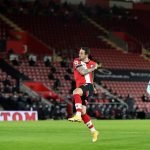 He said “I think sometimes when you have an injury, players come back mentally stronger and there’s no doubting his mental strength and he’s also a quality player.

“If he wasn’t injured as often as he was, I think, without being disrespectful to Southampton, he would be at a bigger club.”

Ings had also picked up a muscle injury in Southampton’s league game against Sheffield United and he wasn’t available for action for some weeks. If that’s not enough, he has also picked up a knee injury and a hamstring injury earlier in the campaign too.

It shows that Ings indeed is pretty injury prone, even though he has scored regularly for Southampton over the last two seasons.

That could put the bigger clubs in a dilemma because Ings’ current value stands at £19.80m and while he does bring a team goals, he’s now 28 and doesn’t guarantee playing regularly. So while this can be a troubling possibility for Ings, Southampton might certainly want to keep him for as long as they can.