On the latest edition of the Total Saints podcast, Steve Grant has been discussing his thoughts on a potential summer incoming at St. Mary’s.

Chelsea’s Ruben Loftus-Cheek has spent the season out on loan at the recently relegated Fulham and has been recently linked with a potential summer switch to Southampton. 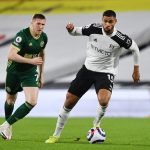 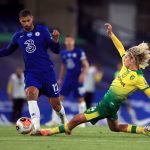 The 25-year-old midfielder has made 30 league appearances for Scott Parker’s side this season but has only managed to get his name on the scoresheet once in the Premier League (via Transfermarkt).

Loftus-Cheek is currently valued at £18m by Transfermarkt, which is £3.6m less than it was when he had joined the Cottagers.

Discussing the possibility of the midfielder making the move to the south coast this summer, Grant had the following to say:

“He’s not been great for Fulham, but Fulham are rubbish. And you can only do so much as an individual.

“Especially if [you] bear in mind that their system at the start of the season was geared up, basically, specifically for him. And then they went and signed 10 players and the system changed and it all of a sudden wasn’t suited to him.

“And he dropped out the team and kind of disappeared a little bit. This is a guy that was playing regularly for England two years ago.

“So he’s no mug and I think if we are looking at someone like him as a loan deal with probably similar sort of terms to what we’ve had [Theo] Walcott on, in that Chelsea will pay half his wages and we get the player for the season – if that’s a viable deal, then I think that’s exactly the sort of player we should be looking for, personally.”

We cannot see the midfielder having a future with Chelsea following what was a pretty underwhelming loan move for him at Craven Cottage.

Although Grant argues he has been poor because he is playing in a poor side, to only return one goal in almost a full season and provide no assists is pretty damning.

Given the success of players such as Mason Mount under Thomas Tuchel at Chelsea, it is hard to see a way back into the Blues’ midfield for Loftus-Cheek, so a move to the Saints could provide him with a good opportunity to continue his development.