Journalist Dan Sheldon has talked about a potential takeover of Southampton in the near future.

Sheldon appeared on the latest episode of the Total Saints podcast and talked about numerous issues involving the Saints this season. He was asked about a potential takeover of the club and the journalist from The Athletic stated that while parties are interested, nothing is advanced yet.

He also claimed that it is his hope that the club get taken over soon, even though these things can take a while.

Do you think Southampton can get taken over in the summer? 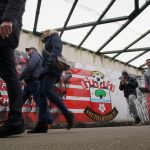 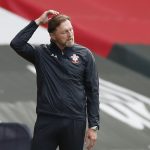 It has been previously stated that multiple parties have been interested in taking over the south coast club, with buyers in Europe and the Middle East keen on investing.

Sheldon talked about the possibility of a takeover, stating: “I don’t think that [it is] at a stage yet where anything is kind of imminent. I still think it’s perhaps stagnated a little bit. You’ve still got some very interested parties, but these things can take time – look around the Premier League, there are so many clubs open to investment, but selling a football club doesn’t happen overnight.

“So my hope for the summer is that there are buyers at the table, that they find the right one, they move forward and they just give this club a new lease of life going into the new season, that’s my hope.”

TIF Thoughts on a Saints takeover…

It was reported last year that current Southampton owner Gao Jisheng was prepared to sell his majority stake in the club and that he has previously wanted £250m to part ways.

Former Lille owner Gerard Lopez was previously willing to pay €125m (£108m) to takeover Gao’s shares, but it was stated that a sale was unlikely unless a significant fee was offered.

That’s a clear sign that while the current owner wants a high fee, he may not be against the idea of selling Southampton. That should come as a positive sign to the interested parties after what was a rather stale league campaign.