Southampton have made some impressive signings in recent years and they almost made another one as they lined up Wilfried Ndidi as Victor Wanyama’s replacement, according to former executive vice-chairman, Les Reed.

The Saints have made several smart signings since returning to the Premier League in 2012 such as Virgil van Dijk, Saido Mane and Danny Ings, with the latter now linked with a big-money move away to Manchester City and Tottenham Hotspur.

Is Ndidi the best holding midfielder in the league? 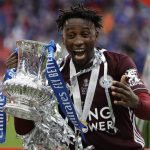 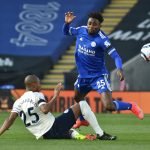 Ndidi would have been another top-class signing as he is recognised as one of the top holding midfielders in the Premier League with a WhoScored rating of 7.25, and is one of the first names on the teamsheet whenever he is fit at the King Power Stadium.

Wanyama was an influential holding midfielder during his time with the Saints and impressed during his time at Spurs but someone like Ndidi would have easily replaced Wanyama, Reed explained exclusively to This is Futbol:

“When Wanyama went to Tottenham Hotspur, Wilfried Ndidi was someone who was on our radar.”

Alongside most of the Leicester squad, Ndid had a great season and was a key cog in allowing the Foxes to play such open and attacking football as he won the third-most tackles in the Premier League this season with 73, just one behind Yves Bissouma.

The £75,000 per week Nigerian international would have perhaps been a perfect partner for James Ward-Prowse in the Saints midfield as he appears to be more solid and comfortable on the ball than Oriol Romeu.