Exclusive: Les Reed baffled over the signing of Carrillo at Southampton

It was a turbulent period of time at Southampton under Mauricio Pellegrino and one signing that confused a lot of people on the south coast was Guido Carrillo, mainly because he only ever played 10 times in all competitions, and Les Reed admits even he was left stunned by the decisions to not give the striker more chances.

Carrillo was signed at the back end of January for a club-record fee of £19.2 million and was also handed a three-and-a-half year deal at St Mary’s, however, the striker failed to impress on the pitch and seemingly off it as well.

Was Carrillo a waste of money? 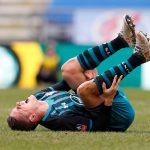 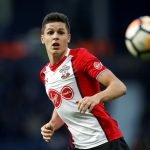 The former Monaco striker played seven consecutive games for the Saints but his final appearance was a seven-minute cameo during a 3-0 defeat to West Ham on March 31st and he was only ever named on the bench one more time that season.

After years of making smart signings such as Virgil van Dijk, Graziano Pelle, Sadio Mane and Nathaniel Clyne it was a shock that Carrillo was disregarded as a potential player after just five league starts, something Reed explained exclusively to This is Futbol:

“Mauricio Pellegrino had worked with Carrillo in Argentina. So, out of the two or three options we put forward for that position, Mauricio was strong on Carrillo.

“What baffled me was that Mauricio never picked him. Now, we know that when we signed Graziano Pelle he went in the team, stayed there and scored loads of goals.”

Since their return back to the Premier League in 2012, Southampton have often been blessed with strikers who have done the business for them such as the likes of Rickie Lambert, Jay Rodriguez, Pelle and now Danny Ings.

The Saints may be forced to look for a new striker this summer if Ings decides that he wants to jump ship and make the switch to a bigger club, with the likes of Manchester City interested in him.